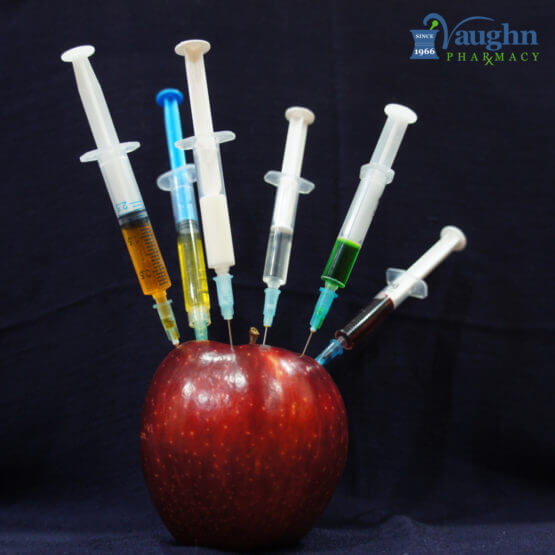 It’s that time again when flu begins to rear its ugly head! This year, public health officials are calling for the public to ensure they get vaccinated following last year’s deadly flu season. In 2017-18 approximately 80,000 people across the United States died as a result of flu according to the US Surgeon General, Jerome Adams. In a recent statement, he urges everyone over the age of 6 months to make sure they are vaccinated against flu while driving home the message that even one flu-related death is one too many!  We’ve made things easy for you by offering flu vaccinations in-store at Vauhgn Pharmacy – no need to even make an appointment with your doctor, just get it taken care of at your local pharmacy.

Why Should I Get Vaccinated Against Flu?

Flu is something that many people dismiss as not being particularly serious. However, this is usually based on people believing that flu and the common cold are the same things. In reality, flu – or Influenza to give it the proper name – can be a very serious disease leading to hospitalization or even death. As previously noted, during the 2017-18 flu season around 80,000 people died of flu. A further 900,000 people were hospitalized. Although the death toll was highest among seniors, it was considered a ‘high severity’ season across all age groups. The majority of those who died were unvaccinated.

The CDC recommends that everyone over the age of 6 months should be vaccinated against flu annually if possible. However, it should be a priority to those groups of people who are more vulnerable to the disease. This includes:

Of course, not everybody can be vaccinated. There are certain situations where your doctor might recommend you do not have the flu shot. This makes it even more important for those who can have the vaccination to do so as it not only protects them against infection but also those vulnerable people who are unvaccinated. It is worth talking to your local pharmacy if you are unsure about the flu vaccination as they can offer some excellent advice and information.

How Does the Flu Vaccine Work?

The idea behind the flu vaccine is that it causes antibodies to develop in the body approximately two weeks after the vaccine has been administered. This provides the body with added protection against the viruses included in the vaccine. The seasonal vaccine changes every year based on which strains research suggests will be prevalent. Traditionally, vaccines protect against two Influenza A viruses – H1N1 and H3N2 – and one Influenza B virus. This is known as a Trivalent Vaccine. There are also Quadrivalent Vaccines available which protect against a second Influenza B virus. Please speak with your local pharmacy about the vaccine they are offering for more information.